KUALA LUMPUR (June 11): Foreign direct investment (FDI) into Malaysia has increased 3.1% to RM31.7 billion in 2019, compared with RM30.7 billion in 2018, according to the Department of Statistics Malaysia.

The higher FDI was mainly due to injection of equity from Japan to Malaysia, specifically in health activity.

Meanwhile, Malaysia’s direct investment abroad (DIA) recorded a healthy growth of 26.7% to RM26.1 billion in 2019, from RM20.6 billion in the previous year.

This was a notable rebound after continuous declines since 2015 arising from uncertainty in the global environment and subdued crude oil prices.

“The encouraging performances in both FDI and DIA have shown the favourable economic situation in the country that attracted foreign companies to continue investments and similarly for the local companies to expand and [diversify] their activities abroad,” chief statistician of Malaysia Datuk Seri Dr Mohd Uzir Mahidin said in a statement today.

“The foreign inflows were mainly channelled into the services sector, particularly in health, real estate and financial activities. Manufacturing sector was the second highest, mainly in the form of debt instruments and equity in refined petroleum and electric & electronic products; followed by the mining & quarrying sector,” he added.

Notably, major contributors for FDI flows into Malaysia in 2019 were Japan, Hong Kong and the Netherlands.

On the other hand, Brazil became the top country receiving DIA for the first time, mainly due to investments in the oil and gas industry. 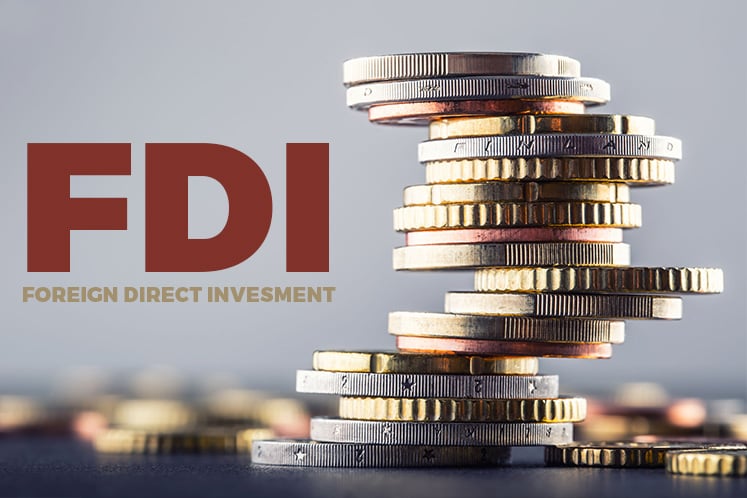 Besides that, Malaysian companies largely invested in the services sector — mainly in financial activity, followed by the manufacturing industry in electrical and electronic, and non-metallic mineral products.

Uzir highlighted that the accumulated FDI in Malaysia has increased to RM691.6 billion as at end of December 2019, while the accumulated investment overseas stood at RM485.4 billion.

Uzir also noted that the FDI in the services sector, predominantly in financial activity, has outpaced the manufacturing sector since 2016.

However, he believes that the continuous focus on enhancing the manufacturing sector will widen the spillover effect on the domestic economy.

“Currently, it is vital to stimulate the local economy as it will spur development with the setting up of businesses and create more job opportunities [in] the country. Besides that, the acquisition of knowledge from the transfer of technology is a great advantage to the nation,” he said.

“Moving forward, with the unprecedented Covid-19 pandemic that caused economic uncertainty worldwide, FDI [is expected] to be in subdued trend for 2020.

“Nevertheless, industries such as healthcare, pharmaceutical, medical and activities related to e-commerce have the opportunities to expand their businesses.

“Thus, the local companies should take advantage of these activities by expanding and strengthening their capacities towards high-end technology to gain optimal output supported by business-friendly policies to boost the domestic economy,” Uzir added