KUALA LUMPUR (May 30): In line with the reopening of the economy which saw nearly 70% of the workforce returning to work in various sectors, Malaysia has the capacity that is set to spur an economic recovery in 2021, Finance Minister Tengku Datuk Seri Zafrul Tengku Abdul Aziz said.

“We must rise again and record a positive Gross Domestic Product growth as opposed to the negative GDP forecast for this year in line with the global economic growth,” he said in an exclusive interview for a Bernama TV documentary on “Malaysians United Against Covid-19”.

The International Monetary Fund (IMF) had forecast a 3% contraction in the global economy for this year due to the Covid-19 pandemic, he noted, adding that Malaysia’s economy, like those of other countries, would be affected. 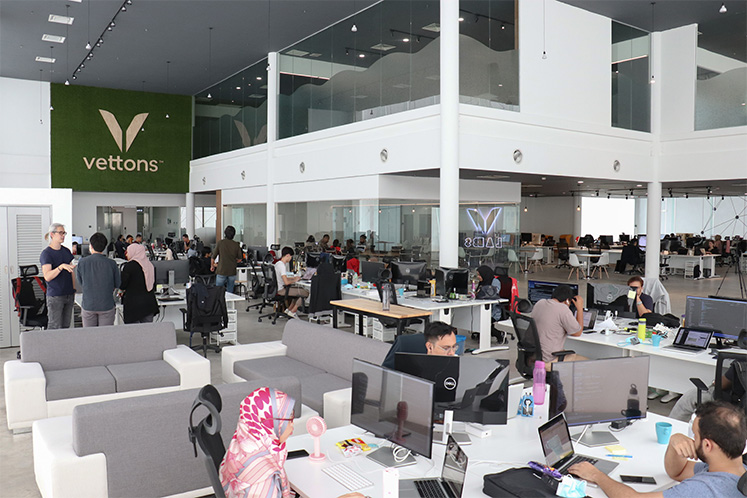 The e-commerce landscape in Malaysia has rapidly expanded over the past few years. The swift adoption of smartphones and subsequent access to the internet has allowed consumers in the region to be a major force in the global digital economy, leading to the proliferation of e-commerce players.

Recently, IMF managing director Kristalina Georgieva was reported as saying the global contraction might be even worse than the 3% forecast it made last month.

Tengku Zafrul said that to weather the economic downturn due to the pandemic, the government was implementing the 6R approach — Resolve, Resilience, Restart, Recovery, Revitalise and Reform.

The first phase, Resolve, refers to the government’s resolve to curb the deadly virus by imposing the Movement Control Order (MCO) effective March 18. The MCO was announced at a time when the country’s Covid-19 graph was showing a high number of new cases and urgent measures were required to flatten the curve.

The second R, Resilience, refers to building resilience through the RM250 billion Prihatin Rakyat Economic Stimulus Package unveiled on March 27 and the additional RM10 billion allocation announced on April 6. The focus, Tengku Zafrul said, was on the affected people as well as the micro and small and medium enterprises (SMEs).

“The third R, Restart, was the move to reopen or recharge the economy in stages, while the fourth R, Recovery, is the country’s present recovery phase.

“We are currently formulating a short-term economic recovery plan, to be announced in early June,” he said.

Yesterday, Tengku Zafrul elaborated to reporters that the upcoming plan would see some of the measures introduced earlier being extended, as well as several new initiatives being introduced to boost the economy.

For the fifth phase, Revitalise, the minister told Bernama that a plan focusing on the medium term would be announced in either October or November this year.

Finally, Reform involves planning for the long term to reform the structure of the country’s economy. “This will focus on the 12 Malaysia Plan, which will be unveiled in January 2021,” he said.

In a bid to stimulate the economy, the government has established a Special Prihatin Grant (GKP) amounting to RM2.1 billion. Tengku Zafrul said more than 640,000 micro enterprises had applied for the GKP during the registration period from May 1 to May 15.

“We are in the process of sifting through the applications. Each successful applicant will receive (a one-off financial assistance of) RM3,000 from the government. The grant is aimed at helping the micro SMEs in terms of cash flow and they do not have to repay the money,” he said.

He cautioned against being complacent during the pandemic. “As long as we do not have a vaccine, we need to follow the standard operating procedures set by the government. I am confident we can function well amid the new normal,” he said.

Tengku Zafrul also noted that the new normal might be a permanent one in view of changes in consumer behaviour.