Change on the horizon for Penang’s seafront

GEORGE TOWN: Penang’s coastal landscape is set to further change once the RM1bil Eastern Seafront Development (ESD) project takes off early next year with the Promenade Walk above the sea easily being the top attraction.Penang Port Commission (PPC) chairman Jeffrey Chew said the Promenade Walk along the waterfront would start from the Swettenham Pier in Esplanade up to the abandoned Tanjung City Marina.

“The estimated cost is over RM1bil. The seamless promenade walkway is expected to start in the first quarter of next year with the entire project to be completed in 2024, ” he said in an exclusive interview with The Star.

The PPC is the owner of the land parcel along the coastal stretch after the Astaka until the Rapid Penang Bus Terminal in Weld Quay.

The projects in the ESD include the expansion of the Swettenham Pier Cruise Terminal (SPCT) and the upgrading of the ground transport area (GTA), including port warehouses, a yacht club and the Tanjung City Marina.

“We are unlocking the land bank with the RM155mil SPCT expansion (set to commence in the first quarter of next year) and the warehouse development, which has been given to a private company. 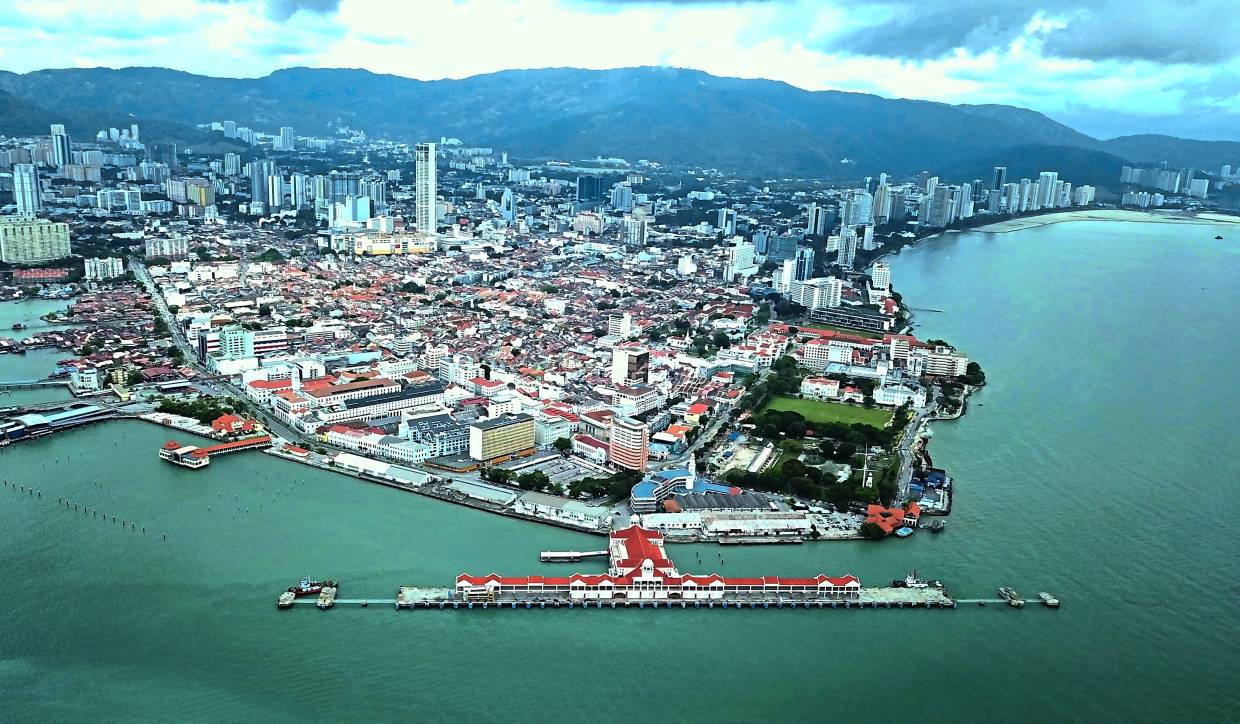 “We are embarking on a cautious approach on the development of the warehouses due to their heritage value.

“George Town World Heritage Incorporated will be involved in its planning every step of the way. The development will have retail, culture and duty free elements while maintaining its original heritage value.

The warehouse development is estimated to be around RM300mil.

Both the GTA and the yacht club near the PPC building, said Chew, would be developed by the Penang Port Sdn Bhd (PPSB) and would be a critical component for the SPCT after the completion of the terminal with the arrivals of quantum class ships.

The estimated development of both the areas is expected to be around RM300mil.

“The tender exercise for the project has been completed, ” said Chew.

“The biggest challenge will be developing the Tanjung City Marina land. It is actually, not easy to build a marina on the 2ha of land and 5ha of water surface due to water swelling in the area about 12m deep.

“It’s better to have a retail component to complement the warehouses with a mini marina or an urban archaeological park, ” he added.

The value of the Tanjung City Marina land, he said, was estimated to be around RM100mil and at least RM200mil would be needed to change the present facade of the area to blend in with the promenade.

“There could also be an area for water taxis to ferry people to the promenade walkway. In fact, the walkway could stretch up to the clan jetties in the future. But the jetties are on private land and any tie-up would have to wait until completion of the eastern seafront development, ” said Chew.

Locals, he said, would be given priority in the entire development as opening up the port area would give them access to see and experience the arrivals of the cruise ships.

“We welcome the eastern seafront development plans by the PPC.

“Connecting the coastline will be an important aspect of development in the future although we are facing challenges to expand the roads from Tanjung Bungah to Batu Ferringhi due to the narrow stretch, ” he said.

Jagdeep said the state government had requested RM40mil in funding from the Tourism, Arts and Culture Ministry to build eco-decks from Tanjung Bungah to Batu Ferringhi.

“The eco-decks will be the best alternative as the stretch of roads can’t be expanded and the proposal was an environmental friendly with no damage to the coastline, ” he said.